Ziggy Stardust, the incommodious heteronym of David Bowie Glam Rock is a fascinating pop culture figure. This extraterrestrial is a total invention, a masked man appearing from the stars, a copy of the alter ego, condensing the essential schizophrenia upon which the Singer’s person is founded. Who’s talking when Ziggy sings? Who is the subject? David Robert Jones, David Bowie, Ziggy Stardust? In an attempt to describe the Beyond, this collective exhibition invites us to consider the place of Man in the universe and the Human Condition.

Of fascination, meditation. Of mystery. Of the unimaginable, transient. Of the unknown and the immeasurable.

On October 4, 2007, the MAC/VAL in Vitry-sur-Seine opened the exhibition “Stardust or the last frontier”, an exhibition with representations of the sky, the starts … based on the idea of oneself and of elsewhere.

With this October-exhibition “Stardust or the last frontier” (from October 5 to January 13, 2008), the MAC/VAL invited visitors on a trip into space which, through forty artists’ imagination, becomes “a mirror of the world”. In perfect resonance with the museum’s collection hanging under the title “being present in the world”, the proposition of two curators, Alexia Fabre (Head Curator of the museum) and Frank Lamy (in charge of temporary exhibits) gathers together about a hundred works of art which ask the visitor to look « beyond », probably to better “return back to yourself”.

“Heavens, planets, starts, milky way, constellations, comets, satellites, supernovae, the Big Bang, black holes, space-time, rockets, astronauts are the characters in this saga. Endeavouring for a description of the Beyond, he in fact describes the human condition. It’s about fiction, tricks, image maker. But also of power, conquest, colonization, identity … ,” stipulates Frank Lamy.

The exhibition show the works of some French artists from the MAC/VAL collection, including Jacques Monory, Serge Guillou, Bernard Moninot, Melik Ohanian – alongside artist works from other art scenes, notably British, Canadian and Swiss. Stardust plays upon a universal theme, inviting the public to question their “own measure”, to mediate about themselves and their relationship with the world.

Despite the seriousness of some subjects, the curators are fully aware of the museum’s objective, and have purposely put emphasis on highly-different interpretation levels, ranging from a light approach of formal representation to fundamental metaphysical questions.

They invite the public to experience a personal trip during the projection. As the two smiling curators remind us “On October 4, 1957, in Baikonour, the first artificial satellite Sputnik 1 was launched”.

We see the sky as obvious, magnificent and inaccessible.Man has always questioned the sky. Today, astronomers probe the boundaries of the universe to understand the mystery of our origins. Telescopes and space voyages have discovered new worlds which in turn have fed the imagination of poets and artists.

We see ourselves as being in a dynamic universe which has been in constant motion for over twelve billion years. The birth and death of stars make the carbon in our bones in the iron in our haemoglobin. In all cases, our existence seems to be closely tied to outer space. We’re the first generation to have had the privilege of contemplating the roundness of the Earth, and we are now responsible for this habitat, balanced out in this immense space with no immediate neighbour to ask for fire when the candle dies! Would we really be totally alone in this universe?

Among the most exciting fields of the 21st century is research done on planets manned around other stars.

Anchored alone on the Earth, we mustn’t put the sky six feet under. Man never considers his small size to be an obstacle. He becomes stronger each time he temporarily puts his work on canvas which, just like the artist, focuses all truths in the smallest part of his palette.

Astronomer, Research Director at the CNRS (author invited to be in the exhibition catalogue for “Stardust or the last frontier”) 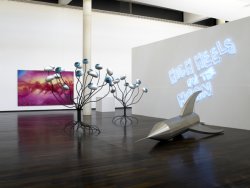 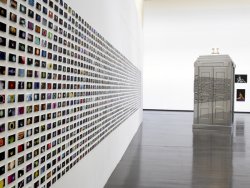 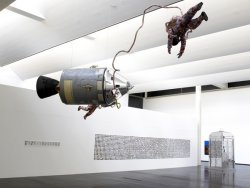 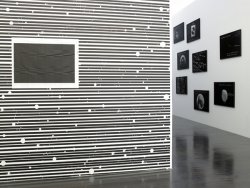