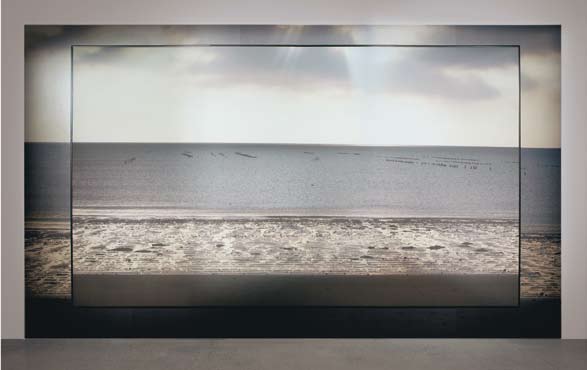 Agnès Varda is a photographer, film director and producer, and one of the leading figures in independent film in France. After studying at the École du Louvre and obtaining a vocational training certificate (CAP) in photography, she became the photographer of Jean Vilar’s French National Theatre’s (TNP), and the official Avignon Festival photographer. As a precocious film-maker, she started her career with La Pointe courte in 1954, the boldness of which prefigures the Nouvelle Vague. She is very free in her approach and in her narrative constructs, making no distinction between fiction and documentary: with her, reality is always at once a source of metaphors and narratives. She was also the partner of the director Jacques Demy, still very present in her work. In the 2000s, she embarked on a new career as a visual artist. In 2003, she created Patatutopia, her first installation, at the invitation of the Venice Biennale. In 2006, the Cartier Foundation organised a major solo show of her work: ‘L’ILE et ELLE’. La Mer immense et la Petite Mer immense [The Immense Sea and the Immense Little Sea] is a photographic installation. A photographer first and foremost, Agnès Varda captures a ‘split second’: ‘I was walking on the beach and saw this glow which was falling straight from the sky onto a small distant patch of the ocean... I took a photo, just one.’ From that moment, the artist created an exhibition installation questioning the status of the image and the pictorial and photographic history of the motif.

It is impossible not to think of the seascapes of Gustave Le Gray (1856–1858), in which the sea appears like an empty, grey, golden vastness, a reflecting surface beneath scudding clouds. At that time, everything conspired against photography in the making: the expanse of water, the reflections, the perpetual motion. So it was necessary to ‘construct’ the image of it, to get rid of all the factors that would give the scale in order to give a sense of grandeur. To render both sky and sea, Le Gray would use two negatives for one and the same print, a country sky accompanying the sea. So one of the first ‘real’ depictions of the sea is a composite image seeking to imitate some of the effects of painting.

It is possible that the photographer’s memory and that of the former École du Louvre student were galvanised at the moment of taking the shot. Agnès Varda orchestrates nothing less than something ‘scenographic’ – a ‘set design’: the image is presented thrice, on different surfaces, and is accompanied by a soundtrack that lets us hear the noise of the sea in a loop.