After ‘Le vent se lève’, a hanging of the collection focusing on humankind’s relationship to Earth, MAC VAL continues its exploration of humanity by refocusing on the body, its language, its power and its power of reinvention, with this new exhibition ‘À mains nues’.Whether new or old, the works here evoke the reinvention of the self, the future that we must create with our bare hands.In this shared experience of the pandemic, of the obstacles to others and contact with them, of the violent realisation of our bodily fragility and our status as a living body, projecting ourselves into the future and envisaging it with desire, impulse and hope becomes a new kind of imperative.The works gathered here speak of corporality and its language, of vital fluids, limbs, including hands, which embody the question of self-reinvention in the face of reality, fatality or social determinism.Fiction, storytelling, staging, and cross-dressing are all strategies used by artists to engage in this reinvention, whether gentle, determined or more warlike. Addressing the other, their gaze as well as their body, is at the heart of the works. It is done in the making of one’s own image, in portraits or self-portraits that resonate with the historical and contemporary phenomena of the invention of the self.

Alexia Fabre, curator of the exhibitionExcerpt from the À mains nues catalogue

‘Do we you own our hands? My hands are me and not me. They are at my extremity [...] We shook hands so little during the pandemic. We washed, scrubbed, gelled, gloved our hands. We neutralised them’, writes Marie Darrieussecq in her text on Annette Messager.Inspired by Sylvie Fanchon’s SAGESFEMMES, ‘À mains nues’ is the new hanging of the MAC VAL collection [...] which explores relationships between humans, but also of humans to their own selves, as pursued through the manufacture of images, gestures, of ‘attitudes that become forms’. Bodies in action to transform the world, ourselves, and the relationships between the two.The allure of the other, of human relations, the desire to have contact with, to be seen by the other, prompting in response the representation of the self but also the other, is at the heart of our present as well as of the history of art, and especially of the contemporary image. And they immediately raise the question of the portrait and the link between desire and reality. It seems vital today, in order to exist, to offer our own existence. It is indeed possible to live virtually, to fabricate and disseminate an image of ourselves as we are or as we dream ourselves to be. It is feasible – it is even becoming a reality – to exist for others as well as for ourselves in a way that is not real. The real is steeped in, even fed by fantasy, in a confusion, even a fusion of the two: everything, writes Agnès Gayraud in this catalogue, ‘is imbued with a strange duality’. [...]The works assembled here draw a moving and touching human landscape, an ensemble of portraits (often in majesty), self-portraits, a construction of self by self or by others, a world built with our bare hands. They draw up an inventory of gestures, attitudes and positions through the expression of faces and bodies. They also observe the vital force, as the sole ‘major force’, the essential and inextricable relationship between the body and being – being and its one and only body? All these limbs, hands, faces, bodies and gazes that we encounter in the rooms are so many ways and means chosen by the artists to question the present and the real, and its definitions.A set of works pays tribute to those who have long placed these subjects at the heart of their approach. Annette Messager, Nina Childress, Jean-Luc Blanc, Kapwani Kiwanga, Esther Ferrer, Romina De Novellis, Françoise Pétrovitch, Edi Dubien, Mimosa Echard, Jean-Luc Verna and so many others who are constantly pursuing the question of representation, of the relationship to the body and to time, which leaves its mark on it, of its potential for escaping from the canons and expressing itself in a singular way, for power and fragility. Some people go so far as to invent several characters, avatars, possible others, as embodied in the work of Fernando Pessoa, which Marion Zilio’s wonderful and comprehensive text brings back to our memories. [...]

And in the middle, life. Invitation to Gaëlle Choisne, ‘Temple of Love – Atopos’

To activate this exhibition, to animate this crowd of images, faces and bodies, we invited Gaëlle Choisne to imagine a total work, made up of forms, devices for welcoming visitors as well as the speakers she has chosen. Gaëlle introduces the action, she brings life, living matter itself, to finally take charge and take care of the visitors, their bodies, their presence, their time. Gaëlle Choisne accompanies the works in the collection with living things, with what is the very essence of humanity: philosophy, thought, contact, the thirst to become, germination, life. She entitled her project for MAC VAL Atopos, a chapter from Roland Barthes’s A Lover’s Discourse: Fragments, which she extends and questions in Temple of Love, a project that she has been working on over the last few years in a number of places, notably Bétonsalon, Paris, in 2018. 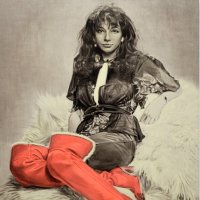